What Are Modern Oral Nicotine Pouches? 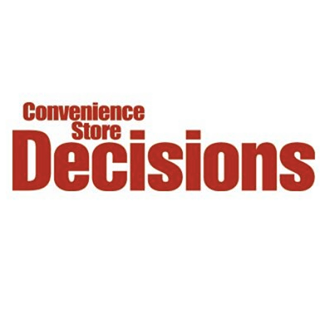 The overall tobacco category long has been a primary profit driver for convenience stores, but for years, there was limited product innovation. Then along came electronic nicotine delivery systems (ENDS) such as e-cigarettes and vaping devices. Whereas ENDS offer combustible cigarette smokers an alternative experience, they don’t serve as a comparable substitute for smokeless tobacco users. For these consumers, the most interesting changes to the subcategory came in the form of new flavor combinations.

e-Cigarettes not as safe as we thought, finds out Indian-origin researchers

New research indicates the chemicals found in e-cigarettes disrupt the gut barrier and trigger inflammation in the body, potentially leading to a variety of health concerns.

Touted by makers as a “healthy” alternative to traditional cigarettes, these e-cigarettes have been all the rage with the younger generation.

However, according to the researchers, including two Indian-origin, chemicals used for vaping break down zipper-like junctions between cells in the gut, leading to chronic inflammation and potential for other health concerns. 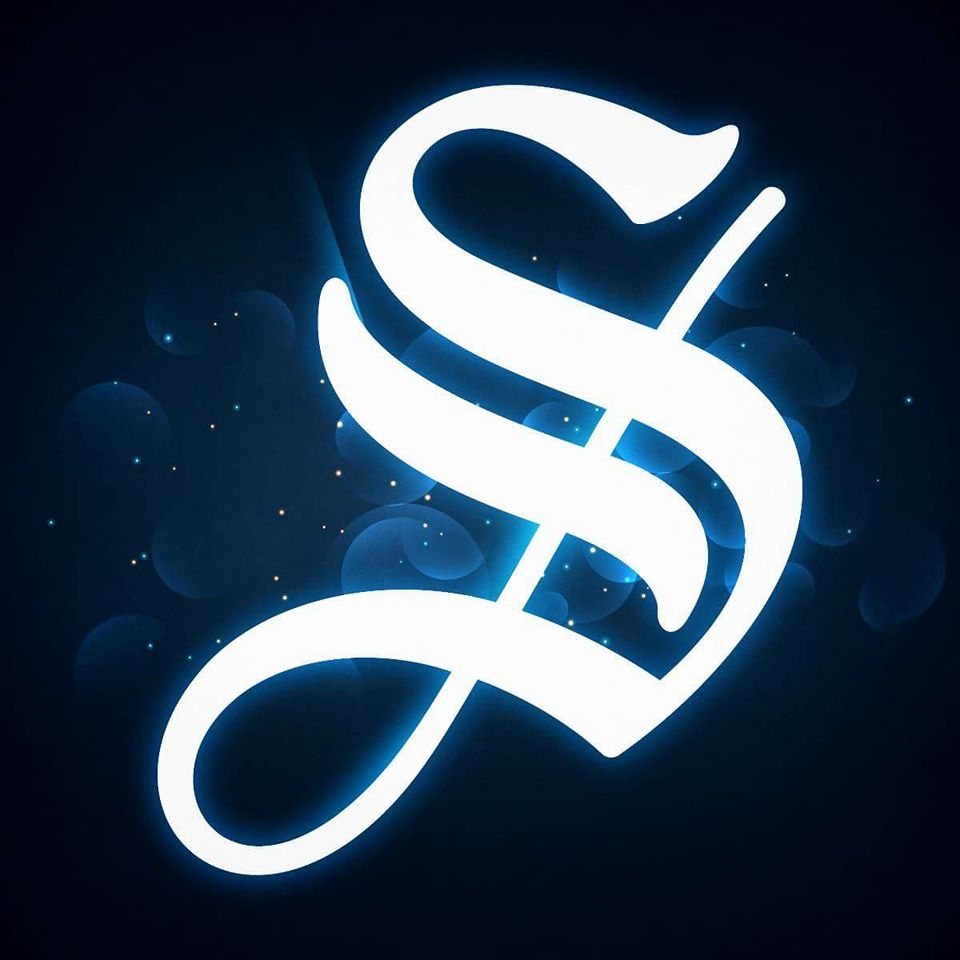 "63 countries -- including Canada, Spain and Nepal -- have legal prohibitions on any kind of smoking, including in Designated Smoking Areas (DSA). But our country's law allows DSAs to exist within public places, including inside train, launches, airports, and restaurants," Mokhlesur Rahman, assistant director of Dhaka Ahsania Mission's health sector, said at a webinar held on Wednesday. Speakers demanded that the government lift the provision of keeping DSAs in public places in order to protect non-smokers from being victims of second-hand smoking.

How the EU plans to expand the nanny state

A report published this week by the European Commission is another milestone in the EU’s journey towards regulating every detail of its citizens’ lives. Focusing on alcohol, tobacco, e-cigarettes and ‘unhealthy food’, the first draft of its ‘Beating Cancer Plan’ proposes a range of nanny-state interventions that fall well outside of the EU’s remit. While the document contains many reasonable proposals for international collaboration on scientific research, the Commission could not resist adding a section promoting paternalistic lifestyle regulation.

French President Emmanuel Macron has marked World Cancer Day by announcing a ten-year strategy to reduce deaths from the disease by 50 percent. French funding for cancer research is to be boosted by one fifth, with campaigns planned against the excessive consumption of both alcohol and tobacco. Currently, 150,000 French people die every year from cancer. President Macron wants to target the "avoidable" forms of the disease, and reduce that figure to 100,000.

The first comprehensive, prospective study of smoking habits in patients with non-small cell lung cancer (NSCLC) who were enrolled in a phase III early-stage trial revealed that there was a high rate of smoking reduction and cessation following study entry, according to research [...] Continued smoking after a lung cancer diagnosis is associated with an approximate 50% median increase in mortality , according to the 2014 Report of the Surgeon General.

Dr. Conor Steuer [...] and colleagues performed prospective assessments evaluating the patterns of tobacco use and cessation and the effects on outcomes. 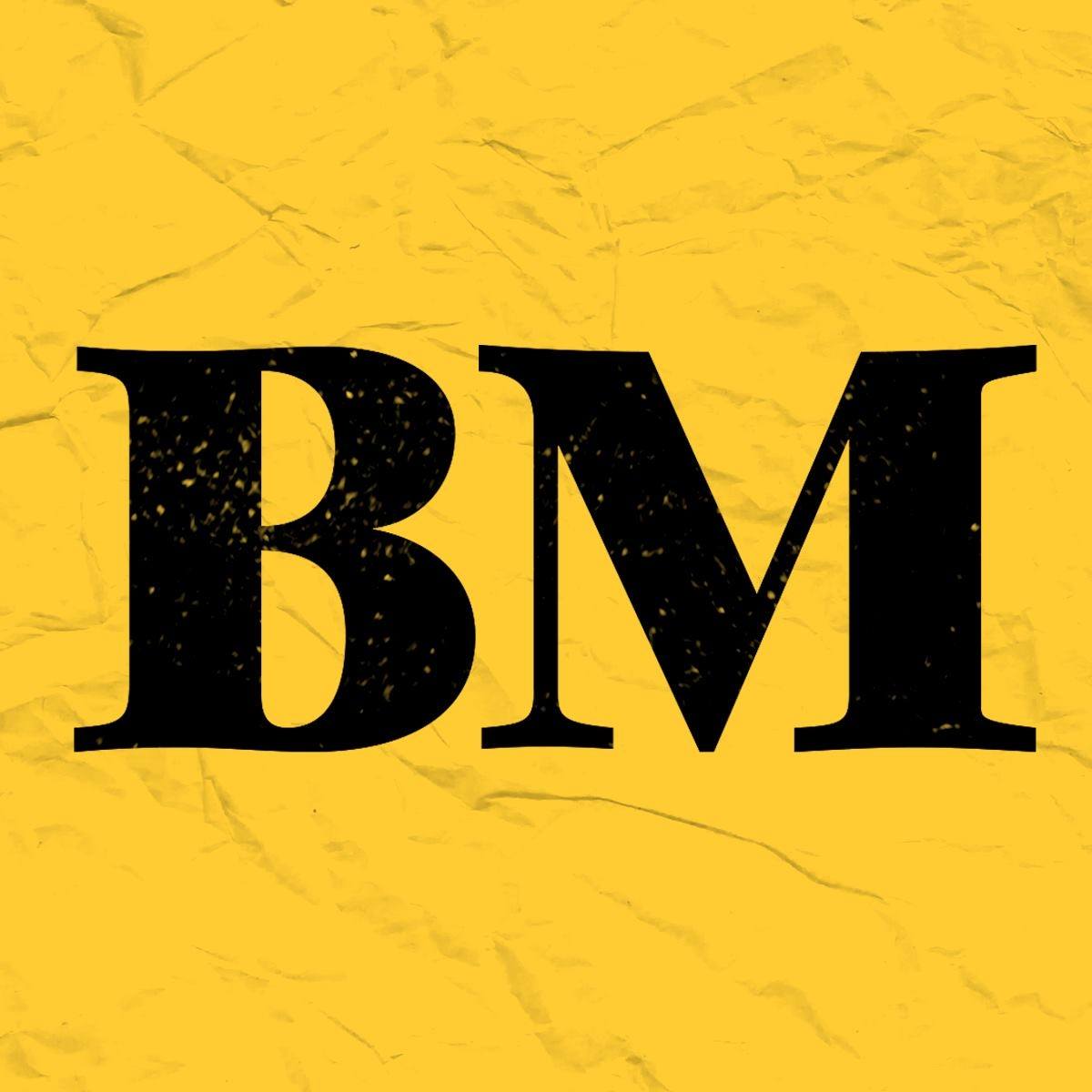 More can still be done to ensure the safety of Filipinos when it comes to the harmful effects of smoking and the results of a recent survey may lead policy-makers to the right direction.

According to a survey conducted by Pulse Asia in December 2020, there is overwhelming support for a national smoking ban in all public spaces (93 percent) and in all private spaces frequented by the public (91 percent).

“The survey clearly shows that there is a strong clamor for a smoke-free Philippines. People are more aware now of the health and environmental impacts of smoking, and are more health conscious,” said Atty. Jacky Sarita [...]

Craig Hughes grew up with friends who chewed tobacco and smoked cigarettes during afternoons at the beach in Crystal River, Fla.

So when a friend offered then 13-year-old Hughes chewing tobacco, a smokeless tobacco product, he eagerly accepted a piece. “I did it to fit in,” said Hughes, a maintenance technician with Duke Forest. “Everyone smoked or chewed tobacco. Nobody thought anything of a teenager doing it. [...] He chewed tobacco or used snuff, smokeless tobacco placed between your lower lip and gum, after every meal and before bed, going through a can of Longhorn tobacco a day. [...]

Leaving the European Union opens up new opportunities for tobacco policy reform and an increased focus on tobacco harm reduction in the UK, untrammeled by the constraints of EU law – on which UK law has been previously been based.

While flavor bans and supply disruptions caused logistical headaches for retailers in the tobacco category, demand for cigars, vape and modified risk tobacco products (MRTP) chugged along in 2020, lifted by pandemic stay-at-home orders and cross-product consumers.

Tobacco as a category steamed along at a healthy 4.2% rise in dollar sales for the 52 weeks ending Dec. 26, 2020, according to global measurement and data analytics company Nielsen. While the pandemic may have depressed the economy as a whole, stay-at-home orders and more people working from home meant smokers could light up with fewer restrictions.

Bloomberg’s Philanthro-Colonialism: A Threat to Global Health and Science

Former New York City mayor Michael Bloomberg is in hot water overseas —and potentially at home—with members of the Philippines government accusing Bloomberg-funded charities of illegally paying regulatory agencies to implement his anti-tobacco policies. While the general public may be shocked by the allegations, those familiar with Bloomberg may be less surprised, given his tendency to leverage his philanthropic largesse as a means of influencing government policy, from funding tobacco control efforts to installing privately funded lawyers in state attorney general offices across the U.S.

A smoke-free future is within reach in less than one generation in some countries, provided there is the right support from civil society and governments, incoming Philip Morris International Inc (PMI) CEO Jacek Olczak says.

For over a decade, US-based PMI, the world’s largest tobacco company, has been leading a transformation in the industry to move adult smokers away from cigarettes and other combustible tobacco products and switch to smoke-free, heated alternatives.

The consumption of nicotine dates back hundreds of years, as early as 2000 years ago, when it was associated with cultural or religious ceremonies. Smoking cigarettes was only introduced in the early 19th century, replacing the activity of using pipes, and was in the height of its popularity in the 1960’s.

Today, roughly over 1 billion people smoke cigarettes, which is about 20% of the global population, which is indicative of the popularity of another form of nicotine consumption; vaping. 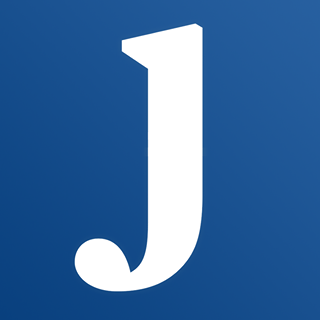 A NEW STUDY has shown that smoking levels among 13-15-year-olds in 40% of countries surveyed across the globe remained unchanged or increased between 1999 and 2018.

The study from the Lancet Child and Adolescent Health journal found differing rates of tobacco use across 140 countries depending on differences in tobacco control measures such as bans on cigarette promotions and advertising. Professor Bo Xi from Shandong University in China, who is the lead author of the study, said there are “still large numbers of young people smoking” despite the majority of countries decreasing cigarette use.

Malaysia's vape industry too big to be unregulated 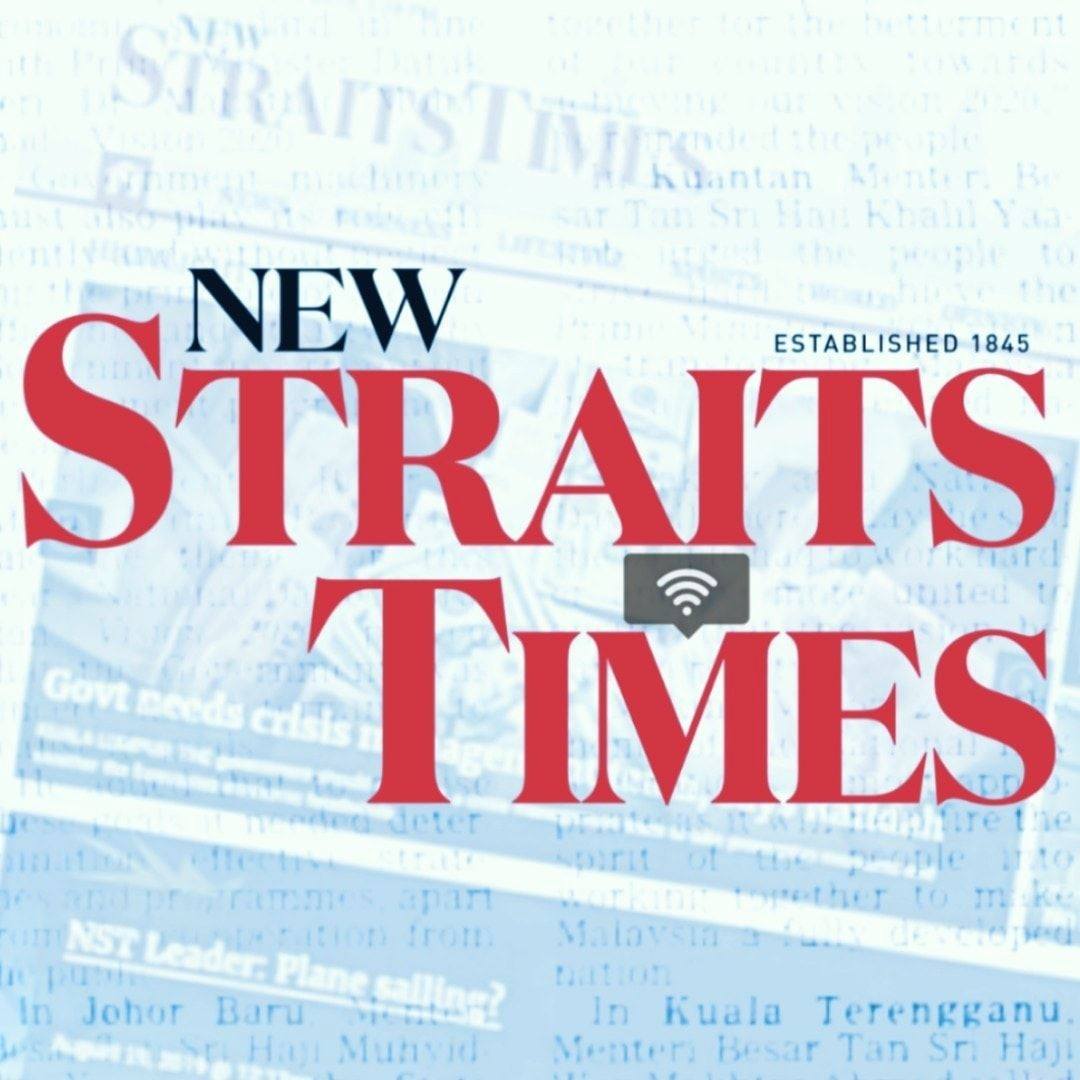 The vape industry in Malaysia, valued at an estimated RM2.7 billion, is too substantial to remain unregulated, said the Malaysian Vape Chamber of Commerce (MVCC).

MVCC called on the government to immediately introduce appropriate regulations on e-liquids with nicotine, saying that the move would produce a positive multiplier effect on the economy including creating more jobs and attracting foreign direct investment (FDI).

In conjunction with the launch of its Malaysian Vaping Industry report, MVCC today said: "The findings show that there are more than 3,300 businesses related directly to the vape industry, with a workforce of more than 15,000 workers."

The National Retail Association (NRA) has formed a new Committee to be the voice for retailers of vaping products in Australia.

The Therapeutic Goods Administration (TGA) has recently ruled that from 1 October, consumers would only be allowed to access nicotine e-cigarettes and vape products with a doctor’s prescription from a pharmacy, [...] Jeff Rogut, the former CEO of the Australasian Association of Convenience Stores (AACS) has been appointed as advisor and spokesperson for the committee. Rogut has been a spokesperson for retailers for more than 10 years and has strongly supported the rights of retailers and smokers [...]

Europe’s Beating Cancer Plan is an EU project which aims to reduce the cancer burden and address cancer related inequalities. Disappointingly, the Plan fails to distinguish between harmful smoking products and smoke free alternatives and signals that the Commission intends to turn its back on innovation and science by cracking down on vaping, the popular and far less risky alternative to smoking.
ETHRA wrote to MEPs on the Special Committee on Beating Cancer (BECA) to express dismay at some of the measures proposed in the European Commission’s Beating Cancer plan.

British American Tobacco (BAT) Korea shared results from a study indicating that smokers who used its tobacco heating products (HTPs) reduced their exposure to certain toxicants found in regular cigarettes. The tobacco company said that a total of 13 toxicants, including nicotine, cotinine and aminopathalene, are reduced when one switches from smoking to using HTPs. “The slogan of the BAT Group, ‘A better tomorrow,’ represents [the company’s ambition] to create a better future by reducing the harm our business imposes [on people’s health] through satisfying and less damaging products,” said Kim. [...]

How interstate commerce could upend the marijuana industry 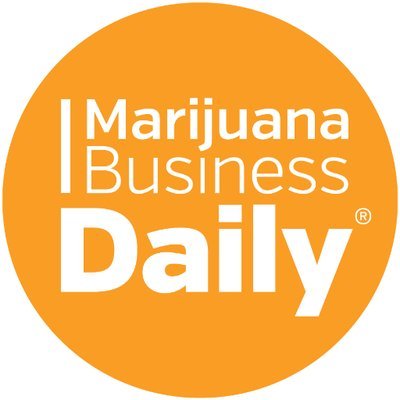 Marijuana produced in one state – raw material or finished product, wholesale or retail – can’t be imported from, or exported to, another state for sale.

That’s known as interstate commerce, and each state’s laws limit the movement of marijuana to within the state. [...] The Commerce Clause of the U.S. Constitution prohibits state laws that unduly restrict interstate commerce under a well-established doctrine created by the U.S. Supreme Court and known as the dormant commerce clause.

Washington lawmakers have proposed a bill (SB5266) that would make it the second state to ban all flavored tobacco and the first to impose a nicotine cap on vapor products, and would increase taxes on vapor to among the highest in the nation.

The excise tax on vapor products will, if enacted, be levied at retail level at 45 percent of retail price. Although several states have higher statutory rates on vapor products, most levy these taxes at the wholesale level. Washington levying the tax at the retail level would make it one of the highest effective rates in the country. The new tax would take effect January 1, 2022.