The government is launching a new campaign to try to convince the UK’s smokers that vaping is not as harmful as smoking and a good way to quit, in a bid to counter the scepticism generated by some scientific studies and media headlines.

Public Health England (PHE), which maintains that vaping is 95% less harmful than tobacco, is releasing a short video of an experiment which reveals the amount of sticky black tar that accumulates in the lungs of a heavy smoker, collected in a bell jar. [...]

Cigarette Smoking Is Not Good For Good Health

If nobody smoked, one in every three cancer deaths in the United States would not occur.

“The tobacco companies have perfected this product which contains nicotine, which has been proven to be as addictive as heroin and cocaine,” said Bethany Coz, Program Director, Tobacco Free Florida. “So even with a lot of the education about the health impacts, many of the tobacco users in Florida are highly addicted. There’s the psychological component and there’s the physical addiction.” 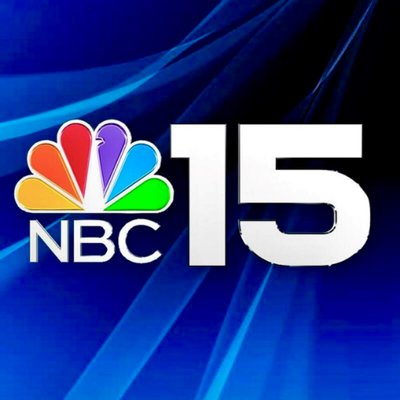 "It’s a complicated situation," said Virginia Guy from the Drug Education Council of Mobile. "There’s no age for a vendor to sell to somebody. You could sell to somebody at any age. It’s illegal for an underage person to buy it. I know that makes absolute absolutely no sense."

US surgeon general urges crackdown on e-cigarettes 'epidemic' among teenagers

The US surgeon general has urged an aggressive clamp down on e-cigarettes, recommending punitive taxes and bans on them being used at indoor public venues.

It followed an explosion in "vaping" - inhaling e-cigarettes - among teenagers, with figures showing one in five high school pupils were using them. Jerome Adams, America's top doctor, said action was needed to prevent millions of teenagers becoming hooked on the high-nicotine devices.

One out of nine Koreans smoke e-cigarettes

One out of nine Koreans now smoke heat-not-burn (HNB) cigarettes, showing a viral proliferation in one of the world’s most heavily smoking countries in just 17 months since the type was introduced in Korea.

According to data released by the Ministry of Economy and Finance on Friday, 288 million packs of cigarettes were sold last month in Korea, of which 11.3 percent, or 35 million packs, were HNM kinds. The e-cigarette share topped 11 percent now, up from 7.3 percent a year ago.

Ban vaping in Hong Kong for the sake of its youth

I refer to the Consumer Council’s call on Monday for the government to urgently push ahead with its plan to ban the sale of e-cigarettes, heat-not-burn or similar products, as it warned about the wide availability of the devices in Hong Kong. I support this call. There are thousands of flavours of e-cigarette on the market, targeting youngsters who are naturally curious and crave novelty. [...]

E-cigarettes are increasingly used by smokers in China, but there are currently no national regulations on their use, China Daily reported Thursday.

The Beijing Tobacco Control Association has received a growing number of reports and complaints about e-cigarettes being used in public places. However, the existing control regulation in the capital city covers only traditional tobacco products that are lighted, the report said.

Addicted to Vaped Nicotine, Teenagers Have No Clear Path to Quitting

Alarmed by the addictive nature of nicotine in e-cigarettes and its impact on the developing brain, public health experts are struggling to address a surging new problem: how to help teenagers quit vaping.

Flavored e-cigarettes are fueling a dangerous increase in tobacco use

This trend is not by chance. Tobacco companies have spent billions of dollars annually on tobacco product advertisement, according to a Federal Trade Commission report, [...]

Germany supports the European Commission's plan to make the tobacco industry cover the costs of management and clean-up of cigarette waste, Environment Minister Svenja Schulze told the newspapers of the Funke media group on Tuesday.

"Those who produce disposable items, such as cigarettes, will have to take more responsibility for the garbage in the future," Schulze said. The tobacco industry could be involved, for example, by contributing to the costs of cleaning up beaches and parks.

In a clinical trial, smokers who agreed to join a cessation programme were divided into three groups. One received a high volume (five a day) of cognitive behavioural therapy-based personalised SMS messages, another a lower volume of the same messages (one to three a week), and the control group received none at all.

The groups blasted by texts reported more success at giving up than the control group.

Plain packaging for tobacco: what other countries can learn from the UK’s experience

Bans on tobacco advertising, promotion, sponsorship and open display in shops in the UK encouraged tobacco companies to make “the pack the hero”. So they opposed plain packaging and claimed there was no evidence it would reduce smoking. They also attempted to thwart the policy through lobbying and third-party interference, and unsubstantiated claims about the effect on price, businesses and illicit trade.

Following a review of the potential public health benefits, the government introduced a policy that made plain packaging [...]

Since e-cigarettes are far less dangerous than the conventional, combustible kind, the relationship between these two trends is vitally important in evaluating the public health impact of the underage vaping "epidemic." Yet the head of the Food and Drug Administration says his agency, because it is obligated to reduce e-cigarette use by minors at all costs, cannot weigh the possibility that its interventions, which so far include flavor restrictions and anti-vaping propaganda, may result in more smoking-related disease and death.

Plain packaging led to rise in price of cigarettes – study

The introduction of plain cigarette packaging led to an increase in the sale price of leading brands, new research suggests.

A study by Stirling University found that the price of top-selling cigarettes increased by almost 5% – or an extra 38p on a pack of 20 – in the 18 months after the legislation was introduced. The price of hand-rolling tobacco also rose by about 8%, or 91p on a 30g pack. Dr Nathan Critchlow, of Stirling’s institute for social marketing, said: “Tobacco companies were strongly opposed to plain packaging. [...]

After decades of public-health efforts, the rate of cigarette smoking among Americans is declining. But behind that progress lurks a disturbing trend: A growing number of people, especially young people, are turning to alternative tobacco products — everything from e-cigarettes and smokeless tobacco to cigars and the smaller cigarillos.

New research suggests these products could be fueling two distinct public-health concerns: one for minority and low-income communities, and the other for higher-income, predominantly white communities.

The Food and Drug Administration (FDA) has been cracking down on adolescent tobacco use with new e-cigarette and flavored tobacco product regulations, and a new study reinforces how dangerous these products can be to a person’s health. On December 14, JAMA released an investigative report that looked at potential exposure to harmful toxins in e-cigarettes versus traditional cigarettes and found that both contain high amounts of toxins like nicotine, lead, cadmium, and pyrene.

E-cigarette maker Juul, which has vowed to make cigarettes obsolete, is near to inking a deal to become business partners with Altria, one of the world’s largest tobacco companies. Public health authorities said the deal between the two companies would undercut Juul’s ability to play the cigarette spoiler and show that that start-up’s own fealty is to profit, not public health. “This shows that Juul is all about maximizing sales and profit,” said Eric N. Lindblom, director for tobacco control and food and drug law [...]

Leading e-cigarette company Juul Labs has tried to distance itself from a vast social media presence that experts say drives its popularity among teens.

But a CNN investigation sheds new light on how the company was encouraging – and at times paying for – social media users to promote its nicotine-filled product to thousands of their followers.

For the last 10 years, Christina Zayas has made her living as a blogger and social media influencer. One of her recent jobs was posting positive content about e-cigarette products made by Juul. 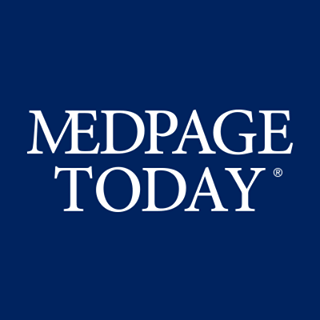 Very young children living in poverty in rural areas of the U.S. seemed to have a higher risk for second- and third-hand smoke exposure than previously recognized, researchers said.

The analysis of data from a long-term study of rural poverty found that 15% of children (ages 6 months to 4 years)- had levels of the nicotine byproduct cotinine that were comparable to those reported in adult smokers, reported Lisa Gatzke-Kopp, PhD, of Pennsylvania State University (Penn State) in University Park, and colleagues.

A non-governmental organisation [...] took to task tobacco companies for allegedly sugar-coating its “safer alternatives to cigarettes”.

In maintaining that every nicotine and tobacco consumption device is a health hazard as they deliver chemicals into the respiratory system, the Consumers Association of Penang (CAP) called for stricter controls, if not a total ban, on such smoking alternatives.