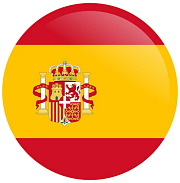 The government in Spain has been forced by the priority of the coronavirus pandemic to delay moving forward on its fight against tobacco use, but has pushed ahead this week by finalising its ambitious Comprehensive Plan for the Prevention and Control of Smoking. The proposal contains five main goals and 21 objectives to be achieved in the next four years, among which include banning smoking in cars, introducing generic packaging for brands and equalising the law by imposing restrictions on electronic cigarettes.

From quitting smoking to getting out of debt: Guardian readers on the resolutions they kept [in 2017]

New Year resolutions are made in the hope this year will be different, we’ll have a new start, ditch habits that have been holding us back and take up those that will lead to a happier, healthier life. All too often, though, they have been scuppered by 3 January. But not always. [Guardian] asked readers about the resolutions they managed to keep in 2017.

More than 100 people a day are admitted to hospitals in the North East because of smoking-related illnesses, shocking new figures reveal. The statistics, released as part of a hard-hitting New Year campaign, also show smoking has killed more than 16,000 people in the region in last three years. The strain both on people's health and on the NHS is laid bare by the figures, which show 104 patients admitted every day.